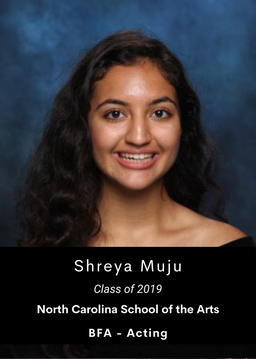 Shreya Muju (Class of 2019)
Shreya is a current sophomore at the University of North Carolina School of the Arts (UNCSA) working towards a BFA in Acting. Shreya joined RRPA in the spring of her freshman year. Through the next 4 years, she played the roles of Mary Poppins (Mary Poppins) and Alice Murphy (Bright Star: School Edition). She has previously worked as an Assistant Choreographer at our Broadway Bound summer camp. 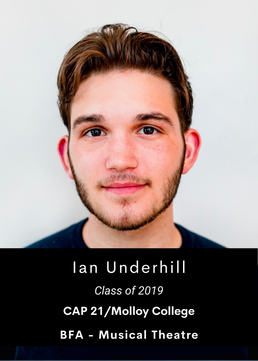 Ian Underhill (Class of 2019)
Ian is currently in his sophomore year at Molloy College/CAP 21, pursuing a BFA in Musical Theatre. He was a 4 year member of RRPA, taking on the roles of Jimmy Ray (Bright Star: School Edition), Radames (Aida), and more. At Broadway Bound, Ian has served as our Assistant Education Director. 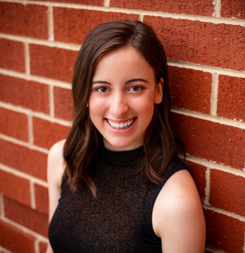 Lauren Janoschka (Class of 2019)
Lauren is currently a sophomore pursuing a BFA in Musical Theatre at Ohio University. Some of her roles at RRPA include Wednesday (The Addams Family), Kala (Tarzan), and Violet (9 to 5). She has served as a vocal director at Broadway Bound, and has done work in short films at her university. 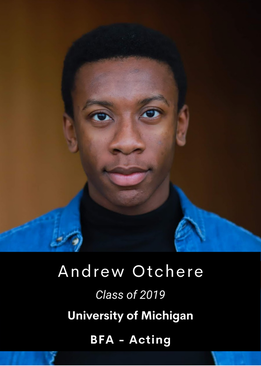 Andrew Otchere (Class of 2019)
Andrew is in his sophomore year at the University of Michigan, working towards a BFA in Acting. He joined RRPA in his sophomore year, taking on the roles of Donkey (Shrek the Musical), Daryl (Bright Star: School Edition), and more. During his senior year at Rock Ridge, Andrew was also co-president of SCA. At Michigan, he recently played the role of Simon in the school's production of Lord of the Flies. 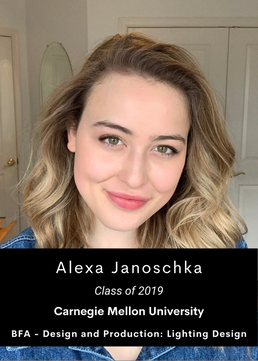 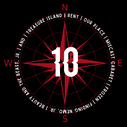 Megan Coatney (Class of 2018)
​Megan is currently a junior attending Virginia Commonwealth University and is working towards a BFA in Theatre Arts with a concentration in Stage Management. At RRPA, she was the Stage Manager for Aida and worked as an ASM on numerous other productions. In her final show at Rock Ridge, she played the role of Miss Lark (Mary Poppins). While at VCU, she has been an Assistant Stage Manager and Production Assistant on multiple productions, including the touring production of A Midsummer Night's Dream. This summer, she will be serving as a fundraising intern in Connecticut. 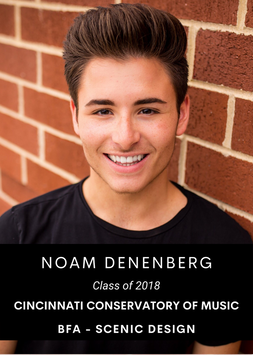 Noam Denenberg (Class of 2018)
Noam is a junior at the University of Cincinatti (CCM) receiving a BFA in Scenic Design. He was the lead scenic designer for many RRPA shows including Ghost, The Addams Family, and Aida. He was also a performer, playing the role of Mr. Tumnus (The Lion, the Witch, and the Wardrobe) and Neleus (Mary Poppins). He received the honor of having his scenic designs showcased at the International Thespian Festival twice (2017, 2018). At CCM, he has been an assistant scenic designer on multiple shows, including Bright Star and Guys & Dolls. 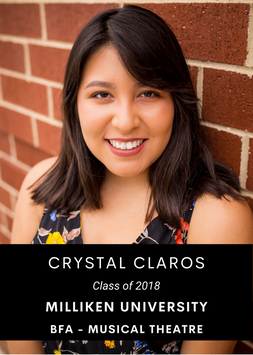 Crystal Claros (Class of 2018)
Crystal is a junior at Millikin University receiving a BFA in Musical Theatre. In her freshman year with RRPA, she played the role of Belle in Beauty and the Beast. She went on to take on the roles of Molly (Ghost the Musical), Miss Andrew (Mary Poppins), and numerous others. In her senior year with RRPA, her Solo Musical Theatre Individual Event was showcased at the 2018 Virginia Thespian Festival. With Millikin's theatre department, she played #14 in The Wolves. 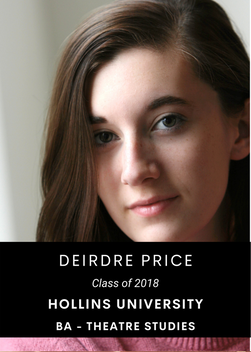 Deirdre Price (Class of 2018)
Deirdre is attending Hollins University and is in her junior year, working towards a BA in Theatre as well as a BA in English. She performed in many shows at Rock Ridge, and also wrote the book and music for ROSIE. At Hollins, she has worked as an actress, playwright, dramaturg, and assistant choreographer on multiple productions. She has played Medium Alison (Fun Home), #46 (The Wolves), and was the understudy for Christopher (The Curious Incident of the Dog in the Night-Time) while at Hollins. 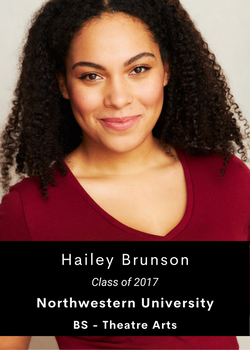 Hailey Brunson (Class of 2017)
Hailey is currently in her senior year at Northwestern University working towards a BS in
Theatre. She has participated in many different of aspects of theatre in college: acting,
directing, costume design, and writing plays. While at Rock Ridge, Hailey performed and
designed costumes for many of our productions. Additionally, she has completed
internships at the Kennedy Center. White Mom, a play she has written, was premiered at
Northwestern in 2020. 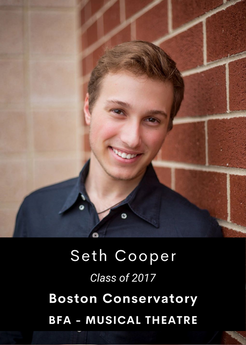 Seth Cooper (Class of 2017)
Seth is in his senior year at Boston Conservatory at Berklee receiving a BFA in Musical Theater. While in RRPA, he was Prince Eric (The Little Mermaid), Sam (Ghost the Musical), and Edmund (The Lion, The Witch, and The Wardrobe). At BOCO, he took on the role of Reverend Peters/Station Policeman and was the understudy for Christopher Boone (The Curious Incident of the Dog in the Night-Time). Also, he, along with other theatre majors, opened for Grammy nominee Mary Lambert's performance at the Berklee Performance Center. 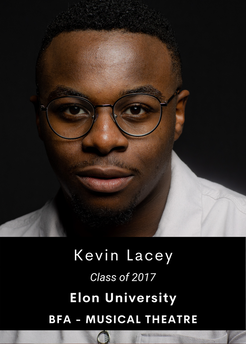 Kevin Lacey (Class of 2017)
Kevin, a graduate at Elon University, has completed a BFA in Musical Theatre. He performed in many roles and productions with RRPA, including Sebastian (The Little Mermaid), Carl (Ghost the Musical), and Kerchak (Tarzan). In addition to theatre, Kevin was also an active member of SCA at Rock Ridge. In past years, he has served as one of our Assistant Choreographers at Broadway Bound. While at Elon, he has taken on the role of Flick (Violet). 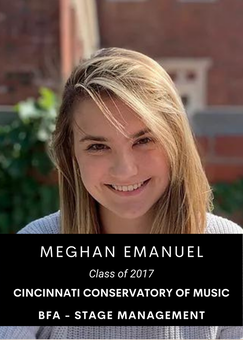 Meghan Emanuel (Class of 2017)
Meghan is in her senior year, pursuing a BFA in Stage Management at the University of Cincinnati (CCM). She stage managed multiple productions with RRPA and served other positions on the technical side of our productions. At CCM, she has been an assistant stage manager for multiple plays, musicals, and operas. Recently, she was the production stage manager for CCM's production of Bright Star. She has served as the Production Manager for our Broadway Bound summer camp. This summer, she will complete an internship as a Stage Manager in Vermont.